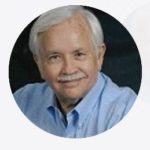 You see the trees.  But do you see the forest?  You visit a beautiful garden with your “one and only,” but are you so infatuated with her, or him, that the garden’s beauty escapes you?

Truth is we may see, but at the same time, we may not see.  We may have all the facts we need in hand, but we may all too easily misread them. Such is not an uncommon human experience.

On a troubling larger scale, something like this is happening in American politics.  We of the voting public, we’re seeing the same stuff but drawing different conclusions.  And it’s hurting  everybody,  some more than others; and hurting most gravely, those who are blind in their seeing and those they fail to see.

It’s a disgrace, a national disgrace.  Agreements are too seldom made.  Bitterness fuels rage and violence. Disenchantment with living has spread dangerously among us.  And our collective tolerance of Untruth has risen so high that we have begun to accept  lying as normal, that is, as something  to be expected and accepted.

On most any issue, there are Americans who’ve become so  short-sighted, they are now incapable of seeing wisely.  None among us sees with 20-20 wisdom, for sure.  But when large numbers of people are misreading  the facts and have begun to  substitute lies for reality, as is the case,  clearly  it is long past time for serious judgment and correction on the part of every concerned American..

Toward this end, I have come up with seven questions that I trust  should be helpful, if we ask them of ourselves with the utmost seriousness.  Let me here make them personal and pose them to you, the reader:

If now we've gained some measure of mental and emotional clarity, truly we have begun to see through the eyes of Easter, through the gift of His Amazing Grace.