Yes, Beto, there are 'good' Trumpites 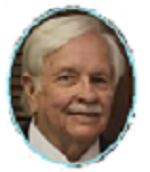 It's like the president said after Charlottesville in 2017, "there are good people on both sides."

To whom the president was referring as equally good in the fatal Charlottesville clash, we'll likely never know for sure.  For the key to the reference is in his mind; and as goodness knows, that's a very hard place to get into in a straightforward manner.

Still, let me make clear what I think.  There are, indeed, good people on both sides of any political debate, decent people, shall we say, like you and me.

Take those who support Trump without reservation—the "core" Trumpites—in contrast to the most ardent anti-Trumpers.  I know some "good" people on both sides.

But so as not to come across as narcissistic (self-obsessed), let me point  here only to the '"good" Trumpites, and offer a few words about how I see them.

For the most part, Trumpites are church-goers and true patriots.  They are faithful in their allegiance to their man, irregardless of any inconsistencies in his public behavior or in the so-called "facts" as he presents them, as contrasted, of course, with the "fake" mis-presents put forth by every leftist opposed to Trump.

In point of fact, however, Trumpites love the way their leader scrambles and throws away the "fake" media and scientific mis-presents.  It's a reflection of his pure genius as a businessman, exactly the kind of leadership America needs to confront successfully communism, socialism, liberalism, far-leftism, feminism, lesbianism and every form of sexual deviantism, the most awful abominations and most destructive forces in modern life.

How can you argue with such goodness?  You can't. Trumpite goodness has no room for evil abominations, especially for those advocated by persons who consider themselves better educated and more in-tune with "progressive" privileges.

While it is the case that Trumpites thrive mostly in the rural areas of our country, where their goodness has long been the coveted way of life, they also prosper in the cities and  larger towns to which their mindsets have been transferred, especially in the factories and plants where are the really good hard working Trumpities who will make our nation great like it used to be.  These "workers," you might say, are the last best hope for the U.S. to recover its greatness.

And because they are so "good," Trumpites have no problem hobnobbing with Neo-Nazis and KKKers, who, because of their alignment with Trump, naturally possess a measure of "goodness," which should be respected.

What more could we ask for?  Trumpites are such good people.