What do you want to know about the bullet train planned from Dallas to Houston? Ask Curious Texas

Groundbreaking for the project could happen this year. 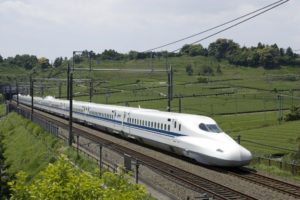 HOUSTON (AP) — Texas Gov. Greg Abbott said the state will reject the resettlement of new refugees, becoming the first state known to do so under a recent Trump administration order.

In a letter released Friday, Abbott wrote that Texas “has been left by Congress to deal with disproportionate migration issues resulting from a broken federal immigration system.” He added that Texas has done "more than its share.”

Texas has long been a leader in settling refugees, taking in more than any other state during the 2018 governmental fiscal year, according to the United Nations High Commissioner for Refugees. The state has large refugee populations in several of its major cities.

The legendary history of the Buffalo Soldiers and Seminole Indian Scouts will be celebrated in full regalia Sunday at the University of Texas at San Antonio’s Institute of Texan Cultures.