I want to go back to P.T. "Pre-Tweet" days.  Landlines were private, your fingers fit the keyboard and POTUS was seldom heard from.

John Milton said hell is where torture exists forever.  I hate to question the master 17th-century wordsman, but I do think he got the wrong T-word to define hell in the 21st.

A more in-the-present Kenny Mitchell of New Boston, TX has expressed his wish there were no such thing as Twitter.  I wish there were no Trump to tweet.  With that impossible,  I wish only tweetable would be football scores and occasional messages of congratulations, with all items of the day  to be posted from 7:00-9:00 a.m., after which the app would close for 22 hours straight.

In the old days I found great comfort in opening my newspaper around 6:00 am to get the latest news.  I miss the feel and the smell of my morning Chronicle and its anxiety-reducing opinions.

But what do I have?  A little box called a cell that's so full of "breaking news" it begs to be thrown away.

There's no justice.  Or did I dream that up?  I pinch myself.

No, I'm not in a rose-colored dream.  I'm in a nightmare in which presently exploding  is a multi-colored scene showing a prince and a princess turning golden eggs into gigantic carcinomas, he next jumps astride a hobby horse as she races onward atop an old gray horse she's whip-lashing while shouting, "Go, Brady! Go!"

Before me, on my TV screen is POTUS announcing his most recent "greatest achievement in the history of the world," a new trade deal with China.  The "anointed one" is highly animated, enjoying himself, with his usual crew of bootlickers applauding, their silly-grin visages in full display, confirming their obsequious cowardly nature.

I wonder about Melania.  I don't know the woman and only see her from a distance, as increasingly appears also to be the case for the man she stands publicly by.  But I do know my woman and I'd love to see what POTUS would do if he had to answer to her.

"Donny,  you applauded yourself a little too much.   Your hair was out of place.  Your turkey craw is getting more and more flabby.  Please keep your coat buttoned, so as to hide the craw and your tummy."

Check me on this.  I don't think any self-serving tweet from POTUS would be a sufficient response for my woman, or for any stable woman I know.

Then there's that "articles of Impeachment" crossover in process.

"Moscow Mitch," or simply "Mitch," take your pick, is ready to receive the articles and expedite them quicker than Amazon ever could.

Which brings me to yet another wish:.  Wouldn't it be nice for the senior senator from Kentucky just to disappear all of a sudden, and retire to pasture with the other has-been horses of his home state?

I would definitely think it nice, and the same for Nancy, Charles and Lindsey; they've overstayed my welcome in our nation's capital.

I hope everyone notices that I'm non-partisan.  I don't care one whit the political party of any ancient.  I've grown tired and weary of the wrinkles, the evasions and the self-promoting pronouncements.  I need, I believe the USA needs new and younger intelligently informed, morally-balanced blood to deal with the crippling federal paralysis of 2020.

Speaking of old.  When I was younger, I probably could have handled tweet-storms better.  "Que sera, sera."

My problem today is—I'll never be that young again, thinking myself so or otherwise.

But the world could be.

WASHINGTON—The U.S. and China signed a trade deal that officials say will lead to a sharp increase in sales of U.S. goods and services to China, further open Chinese markets to foreign firms—especially in financial services—and provide strong new protections for trade secrets and intellectual property.

White House lawyers are trying to engineer the fastest impeachment trial in American history, aiming to have President Trump acquitted by the Senate without witnesses and after just a few days of proceedings, according to senior administration officials. 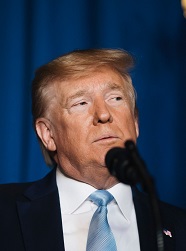 WASHINGTON POST—In an interview, he said the president knew everything about the effort to push Ukraine to investigate the Bidens and the 2016 election. 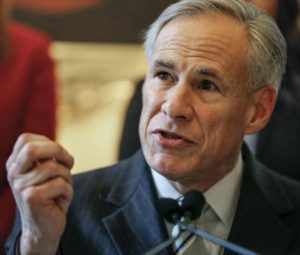